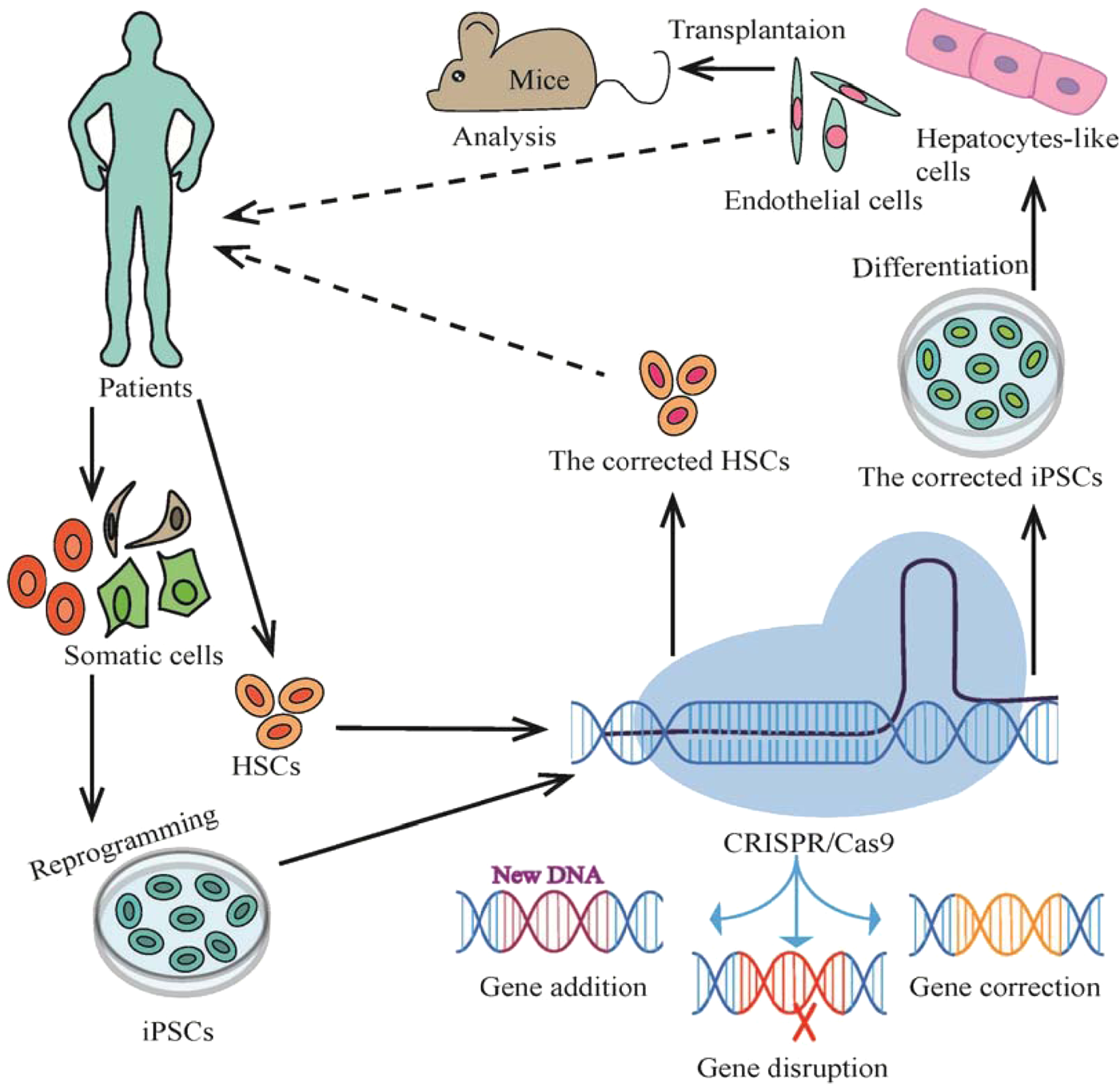 In the field of medicine, one highly-sought after goal is to be able to provide customized healthcare for patients. After all, people vary widely in terms of family history and genetics as well as environmental exposure and other factors, so the idea of one-size-fits-all for medications and other therapies doesn’t always work equally for everyone.

That’s why researchers are excited about the prospect of CRISPR gene editing as a way to potentially create new drugs to battle blood disorders.

What Is CRISPR Gene Editing?

The “CRISPR” in CRISPR gene editing refers to Clustered Regularly Interspaced Short Palindromic Repeats. It’s a technology patented by scientists Jennifer Doudna and Sam Sternberg, who published their work on CRISPR in Science back in 2012. Scientists use CRISPR to make precise edits in living cells, in a bid to fix genetic defects as a therapy for a range of diseases.

For patients with rare conditions that have no cure today, they and their families are hoping that research into CRISPR may pave the way for a therapy for them.

Research is underway to create therapies for genetic blood ailments. For example, Vertex, which specializes in rare diseases has formed a partnership with CRISPR Therapeutics with $900 million for a collaborative effort to work on exa-cel therapy (it stands for exagamglogene autotemcel), according to a recent report from Fast Company.

Their work is providing results that show it can help patients with sickle cell disease and beta thalassemia, ailments which are inheritable conditions throughout the world, while still being fairly infrequently occurring in the United States.

Researchers do not have a precise count of how many individuals have sickle cell disease, but estimate it strikes millions of patients globally, with about 100,000 individuals being in the U.S. It’s a painful medical condition caused by a genetic defect leading to the body forming misshaped hemoglobin. With sickle-shaped sticky hemoglobin protein, it blocks the movement of healthy blood as it moves oxygen through the circulatory system.

Approximately 1 in 100,000 people have the blood disorder beta thalassemia worldwide. It’s a blood disorder where a person is missing genes or has damaged genes that results in producing a lower amount of hemoglobin. Because of this defect, patients can see the formation of brittle or deformed bones as well as an enlarged heart, liver or spleen. Current treatment consists of ongoing blood transfusions in the face of side effects as they grow more pronounced.

The collaborative arrangement between Vertex and CRISPR Therapeutics has reported that its exa-cel therapy reduces the need for patients to get blood transfusions and delays by years the appearance of medical events that would threaten their lives. They just announced their results in June, per Fast Company, which notes that the drug developers are planning to submit exa-cel for approval by regulatory bodies in the United States, UK and Europe in 2023.

So far, the researchers have determined that each of the 75 patients in their trials saw a reduced need for blood transfusions in the face of sickle cell disease or beta thalassemia, or no need for transfusions at all.

Dozens of Gene Therapies in Our Future?

As researchers work to test new potential therapies based on CRISPR gene editing, Fast Company anticipates there could be in excess of 60 gene and cell therapies by 2030 in the U.S., based on data from the NEWDIGS drug development work being done by scientists at MIT. With so many patients suffering from ailments that have a genetic component, the ongoing tests are coming none too soon.