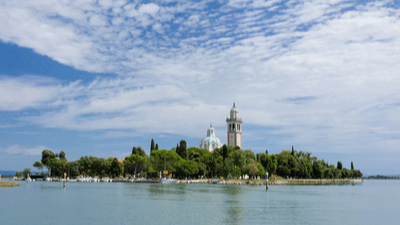 Island Sanctuary is all about letting your creative juices out.

Everyone in the Final Fantasy XIV community has been looking forward to getting the latest tidbits about the upcoming Island Sanctuary. If you happen to be one of them, today’s your lucky day: more information was revealed in the latest Live Letter. The reveal for Island Sanctuary happened some time ago (around late 2021), and if all goes smoothly, the Animal Crossing-esque mode is set to debut in Patch 6.25, which is coming this August. There’s no need to farm FFXIV Gil here—just sit back, relax, and participate in different kinds of casual gameplay—that’s what Island Sanctuary is all about.

Since developer and publisher Square Enix announced the Island Sanctuary feature for FFXIV, the details have been sparse. Now that they’ve confirmed it would launch alongside the MMO’s 6.2 update, we have much more meat on the bone.

During a Live Letter stream, Square Enix spilled the tea on what players can expect in Island Sanctuary. Based on what Naoki Yoshida has to say (the director of FF14), every player will have the opportunity to get their own unique island. They can grow/cultivate crops, gather resources, build structures, care for a slew of creatures, and many more. The best part is that you don’t have to worry about the items on your island filling up your character’s normal inventory; all materials and currencies you make on the island will be separate from the rest of the game.

If you’re feeling lonely doing all the work on your island alone, you can invite your friends and free company members to visit you!. You can also do the same for them if you’re thinking of seeing what they’re up to; no FFXIV mounts are needed if you want to check on old pals too. The great thing about the Island Sanctuary is while it’s a single-player experience/space, other people can still stop by.

If you’ve sunk hundreds or even at least tens of hours playing Final Fantasy XIV, then you’re most likely aware of the housing problem that it currently faces. Since the developers introduced a new method to purchase a house in-game through a lottery system, the problem has subsided a bit. The boom of FFXIV happened late last year—precisely when the Endwalker expansion came out. Besides bringing a decade-long story to an end, the hefty “update” also implemented many quality-of-life improvements.

More people means more demand for houses; there’s nothing like having your own pad to chill—it’s realistic to the point where you have to pay your mortgages. Square Enix tackled this problem by adding Empyreum, Ishgard’s residential district, in Patch 6.0 to give players new housing plots. But despite adding more houses, the unrelenting demand is still there.

Island Sanctuary gives players more things to do and indirectly helps with FF14’s housing crisis by giving them their own islands to decorate and develop. An island isn’t the same as owning a house or room, but you can build your own house on your island.

Island Sanctuary aims to be two things: comfy and casual. Sure, you can go HAM trying to craft materials, build monuments, or straight-up care for a hundred Wind-Up Minions, but the most critical part of the feature is just to chill. The best part is that you can earn rewards while you’re sprucing up your island, and you can do so by earning Island Sanctuary’s own currency. We still don’t have a concrete name for the currency—Naoki Yoshida didn’t give any names. But we know that you can use it to get special items. What special items, you ask? Well, you’ll find out when the update finally lands.

We’ve talked a bit about the minions, but let us further expound on that. Minions are these cute and cuddly pets that follow owners around. They’re not made to have any gameplay functions; they’re just made to be there to look cute.

In Island Sanctuary, you’ll be able to let your minions run free on your pasture. You can even release multiple of them, and they’ll follow you wherever you go. The best part is that it doesn’t stop there either. Certain creatures are exclusive to the Island Sanctuary, and you get to collect and take care of them, too—some of which will have unique color schemes.

Island Sanctuary is FFXIV’s Most Exciting Feature Yet

Island Sanctuary is one of the Endwalker’s most exciting upcoming features, especially for players who play the game casually. We know how Animal Crossing: New Horizon gained immense success when it launched, so Final Fantasy XIV has a lot of potential to get the same result. If you’re thirsting for more details about Island Sanctuary or just FFXIV Gil in general, tune in on Part Two of the Live Letter stream, which Square Enix will broadcast shortly before Patch 6.2 goes live.