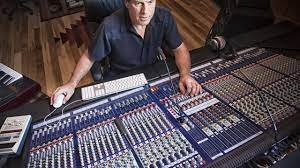 However, not all music producers make the same amount of money, and in many cases, they still need to find additional sources of income. A degree from music colleges in the UK can put you on a path to success as a music producer but you will have to work hard to get a well-paid position.

Depending on the artists a producer collaborates with and the style of music they generate, music producers can earn money in a variety of ways.

The following are some methods that music producers usually get paid:

It’s common for emerging musicians to generate their own music, and these musicians will be paid according to the music they simultaneously develop and create.

This is especially true in the case of electronic music, where DJs frequently double as both musicians and producers.

Royalties are one way that producers who don’t write their own music might get rewarded. These royalties make up a portion of the total revenue made by the music, with the remainder going to labels, artists, distributors, lawyers, and other parties.

When producers and musicians work together on music projects, royalties are typically governed by contracts between them, and they can reach enormous financial levels if the producer contributes to a hit song.

The ideal outcome of a job in music production in the form of a salary can also be a reliable source of income. Salary is the most typical payment method for music producers.

An ambitious producer with sufficient skill and knowledge will typically be employed on a contractual basis by a recording label or studio. A producer will be compensated once they arrive in a studio to create music for the label, usually working with other artists who are also signed to the label.

Publishing agreements allow the producer to sell the rights to their future revenues from a track in exchange for an upfront payment or a portion of the track’s sales as a royalty. In most cases, this entails giving up partial ownership of the track but guarantees that they will be making money from it.

Are musicians paid by the hour?

In the music business, you can charge more upfront and receive backend royalties if you are a well-known song producer.

It may be difficult for rising music producers to charge much up front, but it also depends on the genre.

Among the ways that music creators can be compensated hourly are by:

As you have seen, there are both active and passive options for music producers to make money.

Start building your portfolio, and start producing drum packs, tutorials, and other content. After that, you can move into the area of passive income, where you can make a lot of money.

The goal is to continuously create new music, market yourself, and maintain a high level of musical quality.

So, what are you waiting for?

Start your journey as a music producer today!