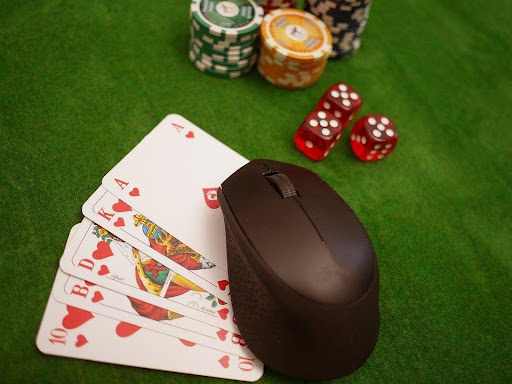 The online poker industry in the U.S. has been in a boom-and-bust cycle over the past few decades. Around 2003-2006, televised poker competitions featuring millions of dollars and stories of non-professional poker players winning it big caught the eyes of thousands of viewers – and so the poker boom began.

While gambling in casinos is exciting, online poker is convenient and quickly caught on, with the number of players doubling in size every year. But all of this soon came to an end on Black Friday when the federal government stepped in and basically wiped out the entire industry.

Since then, it’s been a rocky road, but needless to say, it is on the rise again and we’ll take a look at how online poker in the U.S. is doing toda

Poker enthusiasts are back to playing online as revealed by recent stats. According to the World Poker Tour (WPT), there are 60 million online poker players in the U.S., and 100 million players worldwide. There seems to be some added benefit to allowing online poker as it has proven to be another source of revenue for the states that permit it. For example, the state of Pennsylvania collected $1.93 billion in tax revenue in 2020, with online poker contributing part of the taxes. As more states see online poker as a way to generate funds, they will likely consider opening discussions for legalizing it.

Increased media coverage has also helped fuel its popularity. For example, the 2017 movie Molly’s Game about a female skier who headed up an exclusive high-stakes poker game surely added to the buzz. And, of course, the recent 2022 World Series of Poker (WSOP) caught the eyes of millions as they watched Espen Jorstad take the $10 million grand prize.

There are two serious threats to online poker’s growth, and the first is slow-changing poker legalization. As of this writing, only seven states have legalized state-licensed online poker, and of the seven, only five have issued licenses to operate. West Virginia and Connecticut are the two states that have not yet issued any licenses to operate for poker, but we can speculate that they might on the basis that they’ve already legalized it. All states have different rules and each one is allowed to self-regulate, thus legislation regarding online poker is constantly in flux.

The other threat is the presence of illegally operating U.S. poker sites. This poses a threat because their unregulated operations affect the legitimate sites, in terms of number of customers and taxation, leaving the legitimate sites at the losing end of the spectrum. Also, it’s an unsafe gaming environment for the players as their personal data may be at risk since these sites are not obliged to prioritize each player’s safety and security.

3. The Future of Online Poker

As we look to the future of the online poker industry, there possibilities are endless! Despite the thrill of playing in casinos, there appears to be another boom taking place that’s being fueled by high-stakes tournaments, television, and additional streams of state revenues. However, the legislation needed to regulate online poker is slow to develop which causes a strain in the expansion across the country and limits potential players from states that prohibits online poker. One thing though is for sure, the supply should keep up with the market demands – legally or illegally.