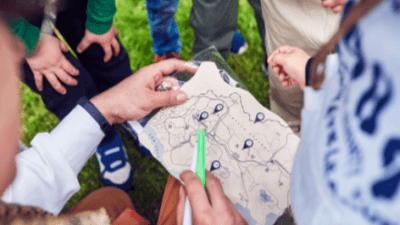 Figure out what you want to do in the game

The amount of content Old School RuneScape has is staggering. Choice anxiety is a real problem because of the hundreds of quests, minigames, and other activities in the game. When faced with too many options, it becomes difficult to choose. What if you regret your decision? What if picking another has a better outcome? With the new Activity Advisor, this shouldn’t be your problem. Finding an activity aside from farming OSRS gold will be a cinch.

It will suggest new activities based on your current level of skills, recent activity, and completed quests. It will only list further quests you can do for now, but Jagex plans to include skills, minigames, and other categories.

There are two categories of content there is on the advisor:

As mentioned above, the feature only suggests quests for now. These quests are those you can start because of having completed the requisites and those that you need a few more levels for. Due to players prioritizing unlocking travel mechanics, the feature does it too. It will put those that open various transportation options at the top.

Many quests make you move around areas, making those tasks essential. Otherwise, it’ll take too much time to travel to your destinations, wasting time you could’ve used for other more productive activities.

With this feature, especially once it gets its upgrades, players won’t be spending time looking for what’s next. The advisor will lead them to the next step, or at least give them a choice of what to do. They don’t have to keep searching for guides, which can get disjointed and have no easy link to the next step.

How to Get the Activity Advisor

As Jagex is testing this feature, only specific OSRS accounts get the prompt to use it. Players who have the opportunity to use it must give feedback on it. The developers can find and fix problems before they spiral out of control. Plus, you might have some ideas they didn’t think of at the time.

As time passes, more and more players can access the feature, and it will advise them on more categories than just quests.

Note that it will not provide an efficient questing or skilling experience. It merely suggests what you can do based on the various stats above. It is up to you to prioritize which activities to do or find an efficient skill leveling method.

This is only a tool to help you find something to do or your next step in questing (for now). You can do what you think is fun and choose the content you’ll enjoy. It’s not a guide you have to follow for progression.

In PvP, you can now configure which runes you can bring into matches, but the spellbook will still show spells needing runes from specific sources. Also, you can no longer carry the Bow of Faerdhinen to the arena. Many players have raised concerns about its strength relative to the other available weapons.

The Elo ranking system also gets some changes. Mainly, it’s to balance some disproportionate gains and losses from matchups with a considerable gap in ranks. Here are the specific changes:

Lastly, for PvP changes, Imbue Scrolls are now priced at 200 Reward Points, letting you buy more for your travels. If you’ve exchanged for some, they will be refunded on your next log-in after the update. Also, Jagex has released a Fan Content Policy to guide creative fans on how they can use the IP legally and transparently.

Farming OSRS gold is a repetitive activity. Hours of tedium are your sacrifice to get enough currency to buy whatever you need from the Grand Exchange. You’ll need breaks, which this Activity Advisor can help with. Without it, you’ll be floundering around, finding things to do but not having enough levels to start them.

That’s the problem that newbies or returning players face. This feature can help them find their footing in the deluge of unfamiliar content. It makes things easier when deciding what to do in the game. We can only wait until testing is finished to try it out.