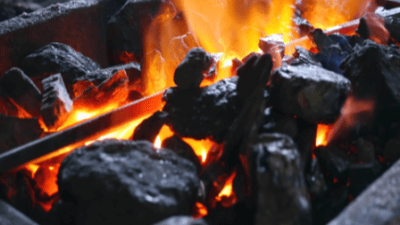 Honing is the most significant aspect that players need to engage in to progress their Lost Ark accounts. Unfortunately, the extremely low percentages of succeeding in these enhancements bottlenecks adventurers from reaching higher Item Levels. A lot of fans have been clamoring for a Honing Buff Event. With the recent Spells in Spade’s update, gamers can experience the Growth Support Effect.

Reaching Tier 3 is essential since a lot of content is locked behind Item Level. To help players access these features, devs have provided adventurers with a way to boost their characters to 1370. Not only will the Honing Event help hasten progression, but it will also help players save up Lost Ark gold. Here are the details regarding the Growth Support Effect:

Getting items from Tier 1 to 2 is the easiest step during the progression buff. T1s have significantly reduced cost and faster Honing phases. Here are the details regarding the honing event for Tier 1:

Honing in Tier 2 is almost as easy as breaking from Tier 1. Though the buff effect at this stage is reduced, the benefits are enough to let adventurers reach Tier 3 in no time. Here are the details regarding the honing even for this phase:

Upon reaching this stage, players will see that the effects of the event have noticeably been diminished. However, the buffs are still helpful for adventurers. Here are the details regarding the honing event for Tier 3:

Aside from the Honing Buffs, there are other new features from the update that will help players with their character progression. While these aids do not directly affect the honing process, they assist in different aspects of powering up players.

The first progression event is the Punika Powerpass. These coupons help players skip pre-requisite storylines and tiers for a new class depending on their rosters’ highest character level. The Punika Powerpass is the most recent one, which will immediately bring alternate units to Item Level 1302 Gear. The coupon can be acquired after completing the “Berver’s Friend” quest.

Another Progression Event is the recent Hyper Express Event. Unlike previous Hyper Express, which only aids players in their Tier 1 and Tier 2 progression, the latest provides players with assistance to characters between 1302 Item Level and 1370 Item Level. The express doesn’t offer buffs to honing chances or costs, but it gives the players abundant materials for their enhancements. In addition to Honing Mats, adventurers also get to activate Double Level Ups.

Other Updates from Spells in Spades

Aside from these Honing Assistance events, two notable features from the latest update have fans grinding for more materials. The Arcanist class has finally been released as the third advanced job for the Mage character. This spellcasting unit uses cards to channel their magick versus their foes. Aside from this, Valtan also received its Infernal Mode, which is the first extreme difficulty for the Legion Raid.

Adventurers should take advantage of all the existing Honing Buffs and Events. Players must reach Tier 3 to explore and enjoy every end-game content available. While there are no details on when the events will end, gamers should not postpone their Honing Attempts to optimize the benefits and Lost Ark gold.