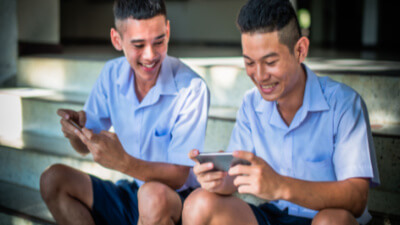 Diablo fans in the Asia Pacific region have been waiting for the regional launch of Diablo Immortal, and now their antagonizing wait for the game is finally over—the MMO has officially launched across the region on July 8, 2022. Moreover, Blizzard also confirmed that the region would have dedicated servers, so players need not worry about experiencing lag. In case you’re not up to date, Diablo Immortal is the latest Diablo title initially made for smartphones but now expanded to include a PC variant. Suppose you’ve played a Diablo game before. In that case, you can expect to see the series’ iconic combat and gameplay system, endgame PvP mode where you can farm Diablo Immortal Items, and more.

Diablo Immortal Was Delayed for SEA, But It Came With Improvements

At first, Diablo Immortal had a release date of June 22 for Asia Pacific regions; however, Blizzard moved it back to July 8. This meant that while Diablo Immortal was available in most parts of the world, countries like Taiwan, the Philippines, Hong Kong, Indonesia, Thailand, Singapore, Macao, and Malaysia had to wait a bit longer to farm Diablo Immortal Platinum.

According to the developers, the delay was inevitable. They wanted to fine-tune the game more to ensure a seamless release so players can start slaying demons without any problems as soon as Diablo Immortal hits their respective app stores. Here’s the nitty-gritty of what Blizzard worked on during their extra time:

As a way of apologizing for the delay, SEA players received a special package that includes 100 Scrap Materials, a piece of Legendary Gear, and ten Enchanted Dust when they create their characters during Diablo Immortal’s release for their region.

There’s also another freebie available that players can claim. To celebrate the release of Diablo Immortal in APAC and SEA, players that belong to that region who log into the game and complete the tutorial within 30 days after its release date (July 8) can receive the Horadrim Cosmetic Set. Note that you can only claim this for one character per account.

What First-time SEA Players Can Expect in Diablo Immortal

In Diablo Immortal, SEA players can pick from a slew of classes, including Crusader, Monk, Barbarian, Necromancer, Wizard, or Demon Hunter, to explore the perilous dungeons and hellscape to annihilate Skarn’s evil intentions for the realm. Simply put, the end goal is to go head-to-head against Skarn, the Lord of Damnation, and his endless waves of minions.

Ever since the game became available in the West, Diablo Immortal has garnered quite the following—with over 10 million to prove a point. We can all agree that it provides excellent graphics and gameplay that Diablo fans will be familiar with, but like any game these days, it’s not without its cons. Pay-to-win microtransactions run amuck in the free-to-play title; users must spend tons of real money to get the best possible upgrades for their characters. Just a word of warning: if you’re thinking of playing Diablo Immortal seriously, be prepared to open your wallet.

Here are the following requirements you should meet if you want to play Diablo Immortal on iOS, Android, or PC:

Will Cross-play Be Available?

Diablo Immortal launched in Southeast Asia with cross-progression and cross-play between PC, iOS, and Android. You can farm Diablo Immortal Platinum on the go or in the comfort of your home. Using these features is pretty straightforward—all you have to do is play the game on your smartphone, then log in or link it to your Battle.net account.

Whereas most countries in SEA now have the game on mobile and PC, Vietnam is the only country that will have just the PC version in Open Beta. No release date has been announced for a mobile version yet.