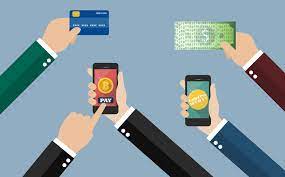 The majority (57%) of all payments in the UK were made using a debit or credit card in 2021, up from 50% the previous year. Of those card payments, one third were made using contactless technology.

The rise of card payments has been significant in the last few years.

By 2020, cards made up more than half of payments.

And with the covid pandemic pushing more people towards contactless card payments or payments using a mobile/ digital wallet, it’s not unreasonable to think that cash has become almost obsolete.

But, despite cash falling down the pecking order of payment preference for customers, it’s unlikely we’ll ever become a truly cashless society.

Many consumers still rely on cash

While cash has been on a long-term downward trend for years, it still made up a fifth of all payments made in 2021.

So cash is still the second most popular method of paying, especially among older consumers.

Even among younger shoppers who are turning to cards and contactless in great numbers, many others still like to use cash for certain payments.

Paying by card might be more convenient for all involved, but very few businesses have gone completely card or contactless.

A few have, especially since covid, but the vast majority of businesses still accept cash.

There’ll always be instances when a customer wants to pay using cash, and there’s no business around who will turn money down.

A large proportion of the population is still “unbanked”

The big assumption of a cashless society is that every customer has access to a bank account. But they don’t.

In fact, according to one government report on financial inclusion, around 1.2 million people in the UK don’t have a bank account – which means they don’t have a card to make contactless payments.

For this section of the economy, cash will continue to be necessary.

The Government is unlikely to let cash disappear

The biggest reason the UK, or any country, isn’t likely to end up as a cashless society is simply that the Government wouldn’t allow it.

In the UK, the Government has already announced that a new Financial Services and Markets Bill will protect access to cash by ensuring consumers have ‘reasonable access’ to withdrawal and deposit facilities.

The Financial Conduct Authority also published guidance on what it expects from banks planning to close high street branches or firms planning to convert free ATMs to pay-to-use.

All these steps are being implemented to ensure cash remains an easily accessible part of the British economy.

And it’s improbable – despite the benefits of switching to ‘digital currency’ – that cash will be allowed to disappear entirely.

A ‘cash reduced’ society is the most likely outcome

It’s incredibly unlikely that the UK or any other major economy is on a path to a completely cashless society.

But while cash will remain a part of the economy, it’s likely to play a far reduced role.