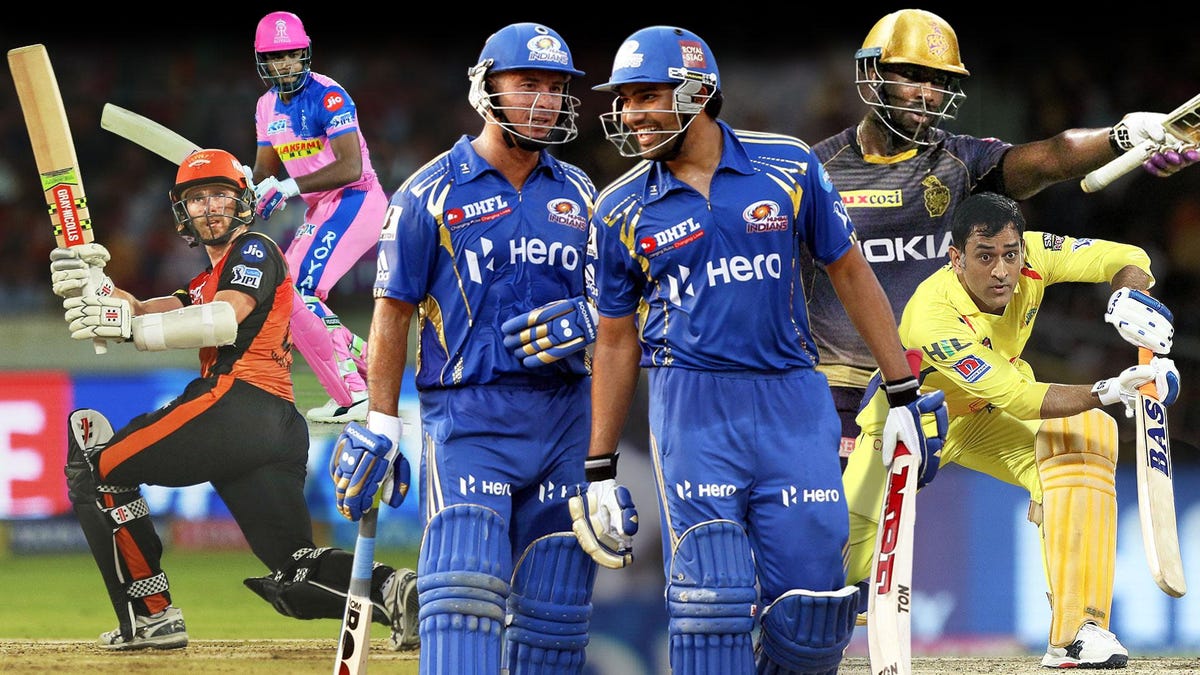 One of the largest venues for young people to display their abilities is the IPL, which is renowned for providing a launching pad for lesser-known cricket players. Following spectacular performances in this lucrative cricketing extravaganza, a select few players have gone on to achieve heights never before seen, while others have fallen short of expectations.

We will examine ten Indian cricketers whose careers took off after they displayed their true selves in the IPL. Even though the present generation of Indian cricketers is made up of some of the finest players in history thanks to them, it was the Indian Premier League that first made them famous.

The Indian Premier League has provided a place for young people to perform and establish themselves on a major scale. The toughest T20 league is thought to be this one. This claim is supported, in part, by the involvement of top-tier athletes from throughout the globe. Young Indian athletes compete against the finest in the industry. Through the illustrious IPL season, numerous players have in the past been able to earn a spot on the Indian cricket squad. A few players have developed into the national cricket team’s core members and have rocked as per latest cricket news today:

Unexpectedly, the Indian skipper earned his maiden call-up for the national team after displaying amazing dexterity in the Indian Premier League following an impressive performance as captain at the U-19 World Cup.

Kohli performed admirably in the Bangalore line-up under Rahul Dravid’s direction, given his age and level of development as a young batsman. It wasn’t a big thing for the Delhi-born youngster to score 165 runs from the 12 matches he took part in during the inaugural tournament, but the sporadic flashes of brilliance he showed were unusual for a batsman his age.

Pandya, one of India’s top all-rounders at the present, rose quickly thanks to some incredible IPL stats. He began his illustrious career with the Mumbai Indians in 2015 and quickly established himself as one of the game’s fiercest hitters, registering a stunning strike rate of 180.64 while racking up 112 runs. The highlights of his debut season were his 61-run blitzkrieg against KKR and three colossal sixes in the last over that propelled Mumbai to a dramatic victory over CSK.

He was subsequently called up to the Indian T-20 team as a result. He began to put in more effort to make sure that the call-ups for the other two game forms wouldn’t be delayed. They claim that the rest is history.

In the first IPL season, Shane Warne, a top-tier spinner, helped Jadeja establish himself in the spotlight. Despite being an all-round bowler, he didn’t have many opportunities to bowl in the first round of the competition, but his ability to score crucial runs quickly towards the end of innings earned him recognition.

He did succeed in getting selected for the national T-20 team soon, but at the time, he was going through a trying time and had a very bad debut series. He was promptly fired from the squad as a result, and he had to wait a few more months before receiving attention. He debuted in dazzling style, taking on players like big-hitter Yusuf Pathan to leave the globe in awe with some great duels.

His arsenal of weapons went beyond carom balls and included arm balls and leg breakers, which usually left the batsmen perplexed. Despite having only taken advantage of two opportunities in the first IPL season, the next one was the one to watch. At an economy rate of 6.10 per over, he took 13 wickets.

The Indian selectors were astounded by his astounding statistics, so they quickly called him up to the Indian team, and the Chennai spinner showed them good faith by giving some respectable performances against Sri Lanka and Zimbabwe.

Bhuvneshwar Kumar, who is currently regarded as India’s top bowler, broke onto the world stage with some fantastic performances in his first two IPL seasons. Before being selected for the national team, Kumar played a significant role in the ranks of Bangalore and Pune Warriors India, taking 11 wickets from 15 games.

He stunned everyone when he made a strong debut for his international career against Pakistan, taking three wickets for nine runs in his allotted four overs. As Bhuvi seized the spotlight with his threatening swing and brutal speed during the IPL, India received their fair share of the top bowling talent.

At only 24 years old, Rishabh Pant has already surpassed all previous Indian test wicketkeepers. This aggressive batter has triumphed in many previous contests. For Rishabh’s accomplishment, the IPL deserves a lot of praise. After a great 2018 season, he caught the selectors’ attention.

Despite being selected well before the series began in 2014 for the national side, he didn’t play his first game. After that, he was demoted, and the IPL provided the chinaman bowler with a second chance.

He was called up to the national team once more thanks to his outstanding performances in the IPL, where he took 18 wickets in each of the first two seasons. He put in a strong performance against Australia, becoming the third bowler to record an ODI hat-trick, which helped India defeat Australia in a nail-biting match.

The most important discovery of the IPL is without a doubt Jasprit Bumrah. It has to be commended that the Mumbai franchise discovered this quick bowler’s latent skill. He was purchased by the franchise at the auction for merely 20 lakhs and was valued at 20 CRS bowlers. In all formats of cricket, Bumrah is one of India’s top bowlers.

The Indian cricket squad now has Shreyas Iyer on an ongoing basis. In local cricket, this right-handed batter scored a tonne of runs. After participating in two consecutive IPL seasons, he gained greater prominence. Shreyas is regarded as the team’s future captain for India.

He began his IPL career with the Mumbai Indians, although he never saw much success with the Blues. When she shifted her allegiance to Royal Challengers Bangalore in 2014, Kohli brought out the best in the talented leg-spinner.

The selectors were forced to focus on this unsung name after his outstanding performances in IPL games in 2015 and 2016, where he managed to accumulate 35 wickets from 29 outings. He was given his debut against Zimbabwe in 2016 as a consequence of his outstanding performances in the IPL, and he immediately made an impression on the selectors with some intriguing bowling that brought Zimbabwe to its knees.