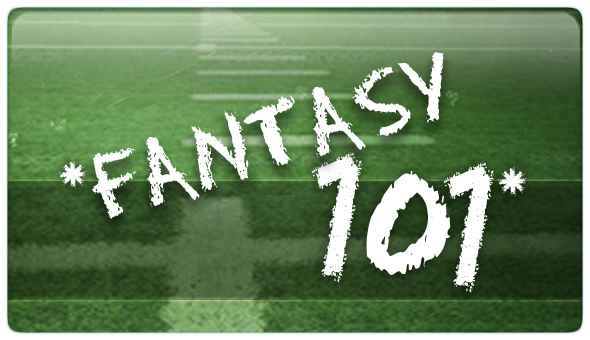 You live and breathe Fantasy Football rankings, news and information during the season, so when the season ends, you might find that you feel like there’s a bit of a void in your life. If that describes you, you aren’t alone, but there are some important things that savvy managers will do during the offseason to help them be more successful during the season, as well as feed their love of the game.

The following are things you can do during the offseason for Fantasy Football, some of which are especially relevant to members of dynasty leagues.

1. Take Another Look at Your Roster

If you’re in a redraft league, you’re going to build a completely new roster for the new season, but if you’re in a dynasty league or even a keeper league, you want to take a step back and do an honest, although sometimes difficult evaluation of your roster.

If you won the championship in your league, then think about how likely you are to be able to repeat that.

If you were the worst in your league, figure out which players brought you down to that level. If you’re somewhere in the middle, you have to make a decision as far as how you want next year to look. Do you want to start over more or less, or do you want to push forward?

Be honest about where you are in your evaluation, especially in comparison to the people you share a league with.

Even if you did win in a dynasty league and you feel like you have an excellent team, you still have to remember that trading is one of the key aspects of playing the game and playing it well. Do you have someone who’s aging? Could you trade them for a running back who’s younger and has upside potential?

These are key long-term decisions you can make in the off-season.

2. Learn from the Previous Season

Even if you aren’t in a dynasty season, you can still learn from your previous season. You can go back to the rankings you had for the preseason. Take note of the guys you got right and then also the players you were wrong about.

Did you overrate certain players or underrate them? Why do you think you did, either? Were there signs a decline was coming that you missed, or similar signs of a breakout you didn’t see?

Were you following groupthink too much and not paying attention on your own?

You have to use lessons from your previous season to be successful in Fantasy Football going forward.

3. Spend Some Time on Advanced Stats

An NFL season is just 18 weeks long, with 17 regular season games and a bye week. That’s a small sample size to really be able to make a determination as to what a player’s performance is going to be like.

That’s why the offseason is the perfect chance to delve deeply into stats and metrics.

For example, if you do some deep-diving, you might see that a running back had a single long run making their season look more impressive than it was in reality.

The numbers can lie in Fantasy Football.

You have so many resources available to help you as you’re researching advanced stats and metrics, so put them to use. This is the time when you might end up identifying breakouts and busts for the upcoming season.

One of the areas of analysis for Fantasy Football that’s probably the most underused and underrated is to look at coaching changes. If you’re ignoring the person calling the plays, you’re overlooking something that’s key to knowing what an offense will look like and, subsequently, where the fantasy points are going.

How a coach works and their strategies play a big role in production.

Free agency analysis can help you get a competitive edge if you’re looking at offensive linemen. Additions or losses have major implications for fantasy.

Too often, Fantasy Football players are only looking at big-name, skill positions. Similarly, a good owner in fantasy is going to track all the draft picks, so they can get a feel for the big picture.

Finally, don’t underestimate the value of mock drafts during the offseason. Mock drafts in the offseason will help you identify where value might be in the summer. You could have your interest piqued by a running back in the middle rounds, for example. You’ll find if you want to win your league, you’re never going to be too early in starting to formulate your plan for the draft.